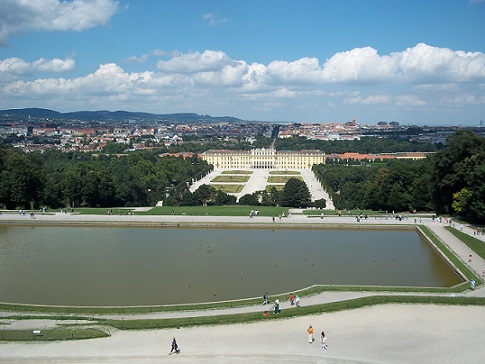 Palace Schonbrunn with the skyline of Vienna

Vienna is the capital and largest city of Austria. It’s located in the east close to neighbor countires Slovakia, Czech Republic and Hungary. The city center is an UNESCO World Heritage Site and is a major tourist attraction in Europe. The International Airport is 17 km from the city center. With the City Airport Train (CAT) and S-Bahn (suburban train) it takes 16-24 minutes to the city.

There are allmost 1100 Vienna hotels and apartments. A few popular hotels in the city center: 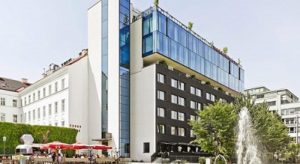 25hours Hotel beim MuseumsQuartier
This hotel is one of the most booked accommodations in Vienna. It has 4282 customer reviews with an average 8.7. Each room is unique with vintage furniture and elements of a circus or arena. Nearby is the metro, bus and tram. 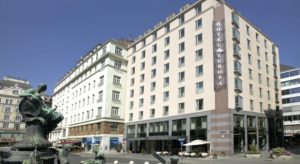 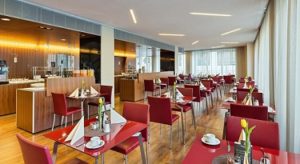